Home
Farming
Property
Equestrian
Forestry
Filming
Weddings
Contact
Home
Farming
Property
Equestrian
Forestry
Filming
Weddings
Contact
01502 575667
Farming
Farming
Farming
Farming
Sotterley Estate has 950ha of arable land ranging from its predominant heavier Beccles loam clay to lighter sandier soils.
Traditionally the estate’s arable land was let out on farm tenancies, however in the 1970s the decision was made that if the family owned land it ought to farm it as well. Consequently, farming has become central to the estate’s business with the majority of the land coming back in hand in the last forty years.
‍
Today we farm 1100 Ha of both our own land as well as neighbouring land in a contract farming agreement. The main crop is winter wheat rotationally grown with oil seed rape, winter beans, spring barley, and parsley. In 2007 a 80,000 cubic meter reservoir was built to take advantage of a winter abstraction licence which has allowed our 100 Ha of lighter land to be irrigated for potatoes,  onions, vining peas, roses and irrigated parsley.
‍
Soil health has become a focus of the farming strategy over the last ten years with today our heavier lands being farmed under minimum tillage practices and controlled traffic farming (CTF) using 12m equipment. Critically this shift from conventional farming of ploughing and heavy draft cultivation has been done without any short-term negative impact on our bottom line. While we believe that this is a journey the earlier results in many of our heavy land fields is that we have increased resilience in our soils due to increased organic materials and reduced compaction issues. We utilise current technology such as RTK on all tractors and the sprayer to ensure accuracy in all areas of cultivation and application. Crops are cared for by our highly skilled team with assistance from our independent agronomist. 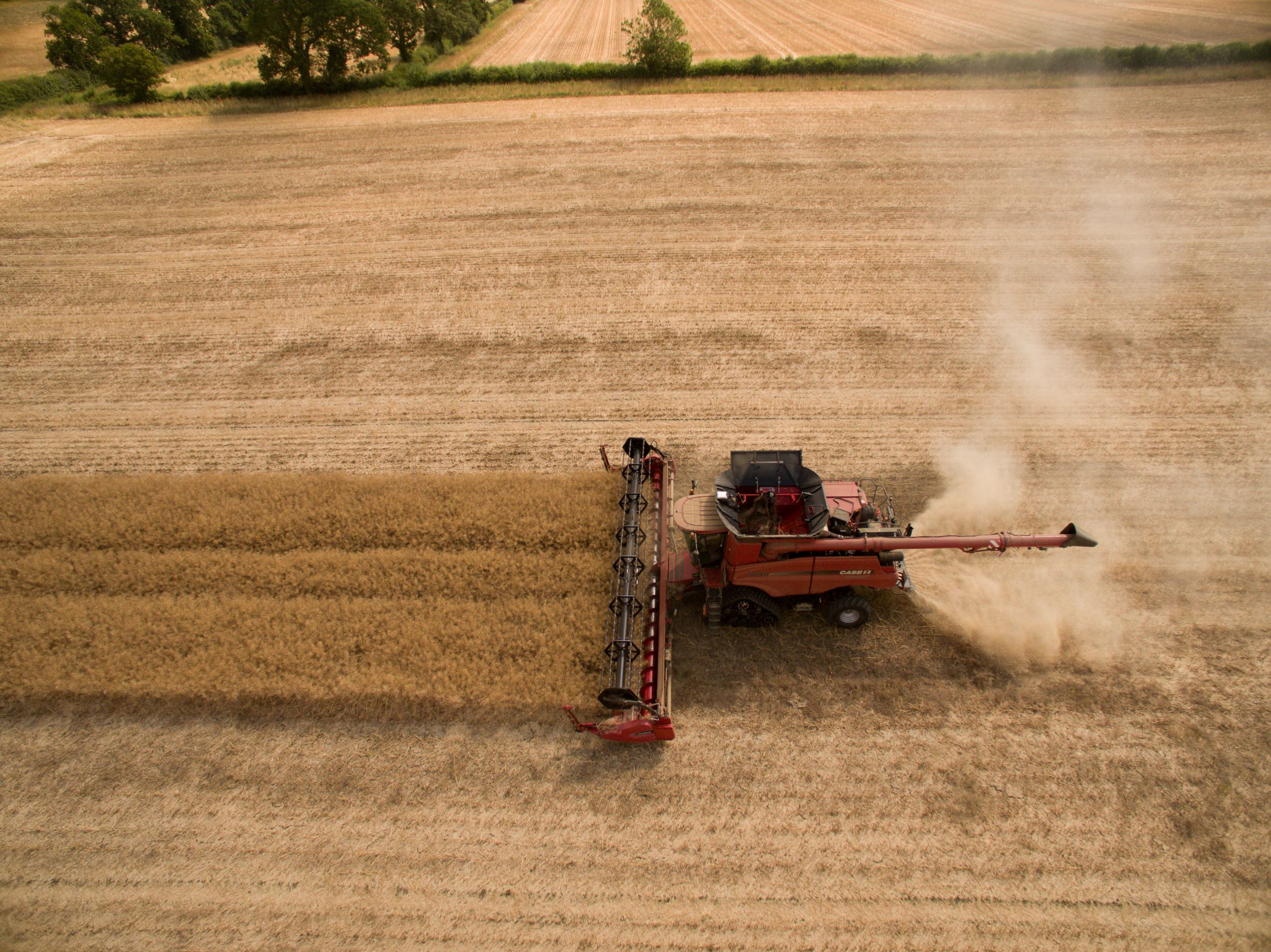